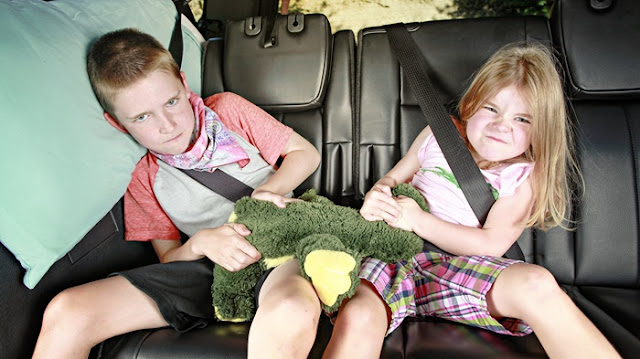 2.  Jealousy: We can’t have two people with the  same qualities or personality, whether positive or negative. Two siblings may not have the same qualities while one may be good at academics and sport other may be good at music and Art work. And in the case where they are good in same thing thus a sense of competition is bound to occur between them.
Jealousy plays its part when one gets an award in something the other is also good at which is enough to sour things between them.  Jealousy can also cause sibling rivalry when a child feels he/she is not getting equal amount of parental attention and affection. Siblings may become jealous of an older sibling because he is allowed more privileges than the younger children. Any number of other things can cause jealousy between siblings, as well, which can lead to sibling rivalry.
Sibling rivalry can also be caused by proximity in age. Research suggests that siblings that are within two years of age tend to have more sibling rivalry than other siblings. It is not entirely clear what role, if any, that gender may play in the causes of sibling rivalry, although it is not uncommon to find some strong opinions on this subject.
Ultimately, sibling rivalry is often caused by blocked goals or poor communication, just like almost any other sorts of conflict. We should  help our children to learn how to  communicate their needs and wants to one another, and helping them to try to be understanding each other, can go a long way toward addressing this particular cause of sibling rivalry.
3. Attention: When your child feels that he/she is getting unequal amount of your attention, discipline, and responsiveness. The feeling that their relationship with their parents is threatened by the arrival of a new baby. That’s when you see a 1-3  years toddlers wanting to pull his/her baby sibling to the floor or wanting to hit the baby. This regularly occurs when the first child is not prepared for the arrival of a brother or sister. The sudden transfer of attention and affection by the parents surprises the child. Getting angry and spanking  the older sibling would only serve to validate his reasoning and inspire him to maltreat the baby more.
Parents should see through these actions and prepare the older child for the arrival of new sibling as well as involving him in the baby’s care in little ways that make him feel important.
4.  Favoritism: When some parents shows off a particular child as their  clear favorite by continually supporting that child in the face of argument with his or her siblings or when you always compare strength and weakness among your children can create the spark that ignite the flame of rivalry among siblings. Unequal treatment when it comes to pocket money, physical affection like kisses or hugs and buying of clothes should be avoided as it can start arguments that would lead to conflict
Your truly,
Toke

Signup For Our Newsletter